The church in Voievodeasa was started because of the witness of just one lady.

I will let Vladimir the pastor tell the story. He knows it better than me. The following is translated from a letter recently sent out to supporters. They are building a new church building and a picture is also included below.

Many years ago, an old lady came to the Baptist Church in Marginea. She lived in a place called Voievodeasa, an old village, which is part of the county of Suceava, Romania. This lady was baptised in a time when, in Romania, anyone who was a member of any church other than the Orthodox Church, could pay for it with many difficulties on the part of the authorities, even by giving up their freedom. To get to the church, she had to travel 10km, usually on foot, although sometimes she was delighted to get a lift on a horse and cart - the lady travelled this distance regardless of the seasons, in the summer heat or in winter snows. Quite, often, when we arrived at the church, she was there in the pew, waiting for the service to start.

I remember the day Verona, as our old lady was called, was baptised in water, and the pastor announced that the monetary collection was to be made - what would she do? Verona's answer was sincere and full of faith, considering the poverty in which she lived, "The Lord I believe in always helps me to have a coin to put into the plate!". And that's how it was. All her life she was a living witness to everyone around her, and to her ten children, whom she had brought up. She was part of a minority group (Gypsies) who are still a people who are marginalised. So, as she was able, she talked to her children about the Lord and urged them to repent. She shared with them all every gift she was given (she never had a proper income), and never complained about caring for her sick husband. In all the ten years she came to church, she never saw any change in any of her children to whom she witnessed continually. But one day she was called home, to her Heavenly Father, in whom she believed. The funeral service was amazing - a brass band took part, and the preacher spoke the Gospel according to the Scriptures, as Verona had wanted. All this took place in 1997.

The people who were there liked what they heard, and some of them started to come to the Baptist Church in Marginea. The Lord put upon the heart of Vladimir Onofrei, a man after His heart, the calling to go into the Gypsy community and speak to more people about Himself. In this way, a kind of "house church" began, full of Gypsy people from Voievodeasa. With the help of a charity in the U.K. and from France, Vladimir managed to buy a house and to register a new church - "Hope", which was recognised by the Baptist authorities.

The first baptism took place in June 1999, when more than fifteen people went through the waters. In August of that year, ten more were baptised. At present there are about thirty active members.

Over the years, Vladimir, supported by various charities and individuals, developed many different projects in the community; he bought houses for some families who had nowhere to live, helped to repair others for other families, undertook to lay on electricity and other services for the community, and encouraged the parents to send their children to school, and developed a good relationship with the school at Voievodeasa - one of the girls from the village was sponsored to finish professional school in Suceava. Several families were helped to dig their own wells in their own courtyards, and the house used for church meetings was renovated, much of the work being done by Vladimir himself. Many children's activities were undertaken, including camps and missions at different churches, and the road to the village was laid with stones to improve access for all the inhabitants.

Now, after ten years, Vladimir has decided in faith to begin a new building for the Church. The number of children who come regularly is around fifty and can't fit in the old building (a room converted from the old stable behind the church house) and if there is a special event, more than a hundred children flock to take part! 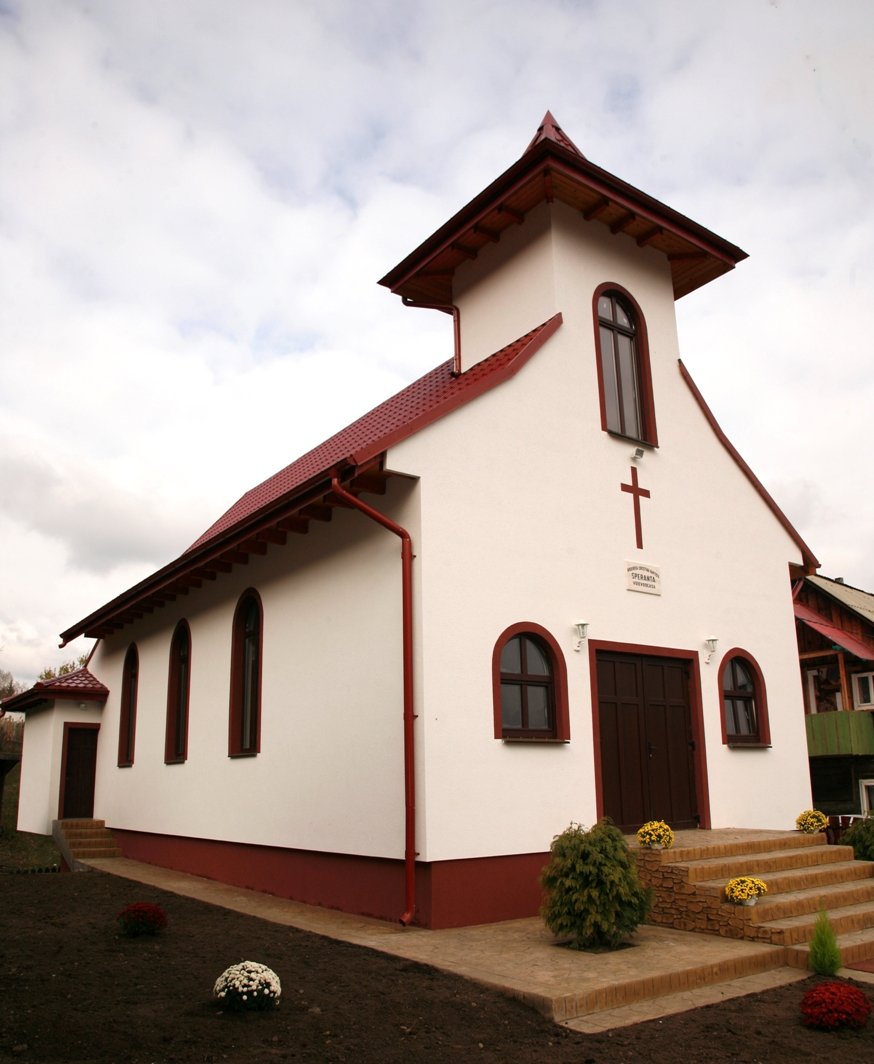 So, with the support of a local private company and from several Christian brothers and sisters with a heart for the work, he has managed to raise a wonderful building near the old one, which will be used for the children's work as time goes on.

The building is now finished and was officially opened November 2009.

Please come, visit and rejoice with us - our door is always open.

With great respect and Christian thanks,

For four years we held camps in conjunction with Hannah for around twenty children who attend the church in Voivodeasa. Click on the link above to see more details on the camps.