You can now shop online and have those shops make a donation to JARS at no extra cost to you.
For more info click here.

J.A.R.S. help to run children's camps in conjunction with Hannah. These are held in July and August.

The first four camps were for around twenty children that attend the gypsy church in Voivodeasa. These took place in 2001 to 2004. 2001 and 2002 are shown in pictures below. The latest camps are at the top of the page and not all are shown here.

We give underprivileged children a holiday they would otherwise not get.

The children enjoy various activities such as games, making masks, various craft activities, stories and songs and we take them for a walk in the forrest or on the mountain.

The first four camps were held in a village not far from Radauţi, but the venue changed to a mountain setting and are held at around 1,600 metres above sea level. It is a very quiet and calm place (when the kids are not there) and this is a great place for the kids.

In 2013 there had been a very heavy thunderstorm and when it had finished the rain was evaporating round the trees and one of the boys pointed out towards the valley and said "It is Narnia here" He didn't know at that point Sue was to tell them a story from the Narnia series during that week.

I have included some photos of the children enjoying some of the activities and also some of their work.

To all who contributed finances towards the running of the camps we pass on our thanks. 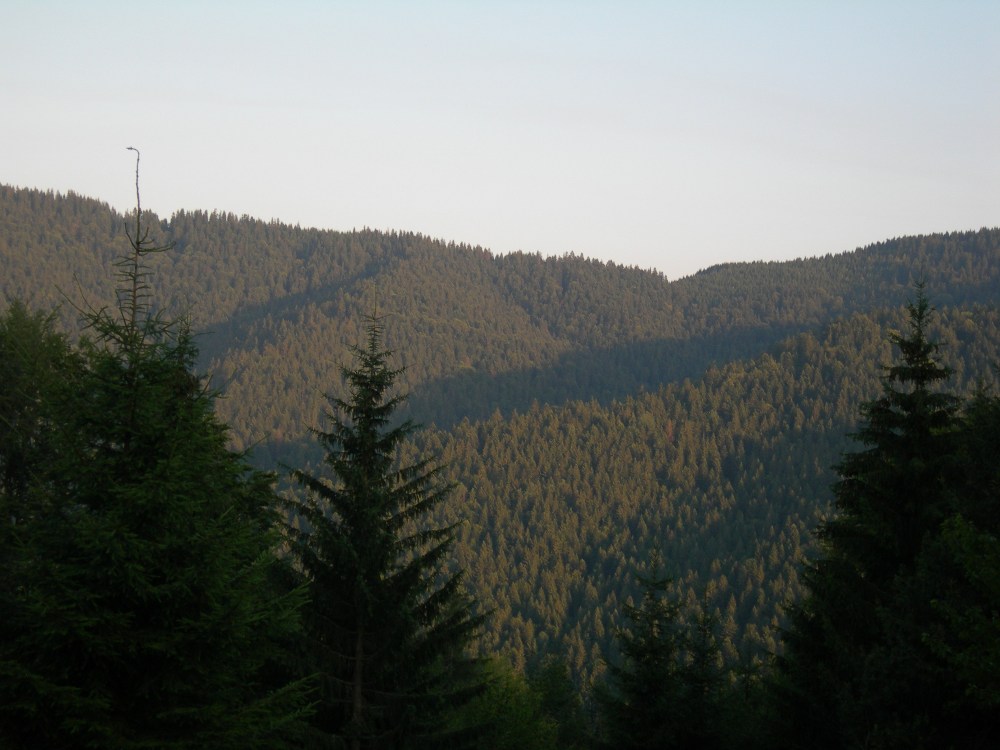 Scenery around the camp site.

This year there were again three camps. Because of commitments we were only involved in the first camp that was held for children from the village of Clit.

There were three camps to be held this year and they were sorted into three main groups.

For the last two camps, which took place virtually back-to-back, we were joined by an American couple who, as well as heading up some games and activities with the kids, also dressed up as clowns and entertained them each evening, which was a great success.

The camp for older children.

This year Sue told the stories. For the older children she told the life story of Corrie Ten Boom. The children were fascinated by Corrie's life and experiences during the second world war. As well as taking in the Christian aspects, they also learned some history at the same time, and this was evident on the last evening, when they performed the sketches they had prepared, depicting parts of the story chosen by each team. Both teams spent two solid days rehearsing and making costumes and props, and the results were outstanding. It was a blessing to see the hard work they had put in, but more so that they had taken on board the faith that helped Corrie throughout her time in prisons and concentration camps for helping and hiding Jews in war-torn Holland.

The children also had time for art, playing games and generally enjoying themselves.

We had an art teacher for this camp and she worked with the children in the mornings. They all worked hard and made some wonderful art work. See the photos below.

Again they played games and enjoyed a good time. They also performed a sketch on the last night and they had to prepare something that showed how we should look after animals.

The third and last camp was a large one, with twenty-seven children aged between eight and eleven. These kids also enjoyed the story each day, this time The Silver Chair by C.S. Lewis, and were even going to Sue and asking, "what happens next?" in between instalments!

Once again, the sketches were excellent, and each team showed their understanding of the Biblical truths behind the adventures in Narnia. One team even divided the "stage" into "Narnia" and "Reality", and acted out scenes from the book followed by Bible events which mirrored them.

Again during their stay they made crafts, played games and generally enjoyed themselves.

This years art camp for the children from Badauţi nearly did not take place. There were no funds and the children were told it was not going to happen. When we heard this we put out an appeal through email, the web site and our newsletter. Most of the funds were found and JARS came up with the rest that was needed from general funds.

Below is a set of photos from the camp. Click on a thumbnail to get a larger picture.

The camp for the children from Clit was meant to happen in July but because of floods the camp was cancelled.

Ian and Sue went back up the mountain at Brodina and helped with this camp too along with people from Hannah.

Again we had good weather with only one wet day and everyone enjoyed the time there. The theme of this camp was also art and the children showed good talent.

Below are some photos of the children and their activities.

Below are a few of the pictures taken on the first two camps. These camps were held at another location to the camps above and were held for children from the gypsy village we support.

Many of the children are now grown ups and have small children of their own.