Below is a list of events taking place to raise awareness and funds for J.A.R.S. work and individuals who are being sponsored for Jesus And Relief Supplies.

On the 30th May 2015, a committed group of cyclists will be attempting to traverse the ninth largest island of the world (Britain), cycling from Workington in Cumbria on the north west coast to Redcar on the east.

The intention behind this epic ride of approximately 142 miles was originally just to do it, but after much deliberation, we decided to try and put a non-selfish, charitable slant to the pain we are about to endure. It was then decided to undertake this mammoth journey over two days, to raise funds via sponsorship, to help the work of JARS in Romania, mainly done by Ian and Sue Paxton.

So here are suggestions as to how you can sponsor us:

Early on the morning of Saturday, 30th May (well, about 9:00am), seven people will set off after dipping the rear wheels of their bikes into the Irish sea, hopefully with the sun in front and the wind behind them.

They will continue their ride past Penrith, up Hartside bank and then head down into Alston (the highest town in England) where the team will dismount and fall into a B&B for the night.

Early the next morning (again at 9am), the team will embark on a couple of large hill climbs before they descend to the source of the River Tees. After a short break to stretch their legs, the team will then continue to follow the River Tees by the road until they can see the Kipper smokers (ICI) of the pretty little fishing village of Redcar, where they will ride their bikes into the waters of the North sea.... and, hopefully, back out again!!

If you would like to sponsor any of the team you can give on their give.net page here.

The news is the Magnificent 7 finished the two day course. We would like to thank them for their efforts and all the monies received for JARS through their sponsorship. If you would like to sponsor them, click the link above to give. 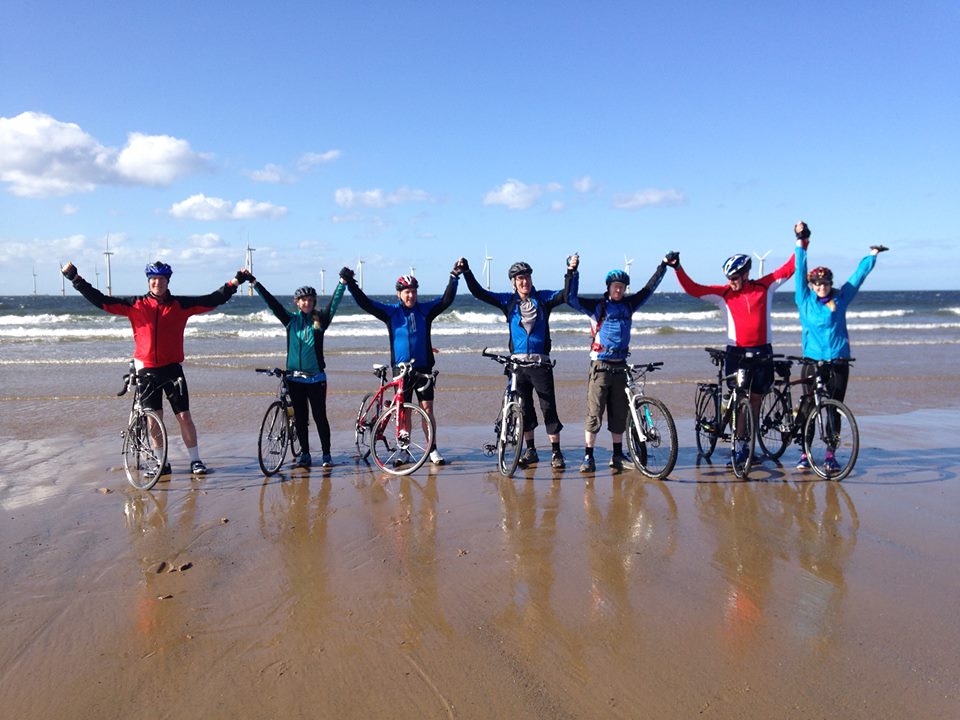 Joy Champion has decided that she wants to do something different for her 50th birthday. She is going to run the whole length of Hadrian's wall on the 13th of September, starting at a minute after midnight as that was the time she was born.

She wants her sponsorship monies to go towards the extension of new classrooms and gym at COLEGIUL RICHARD WURMBRAND - Iaşi, a private school that is run by Christians on donations and has bursuries for children from poor backgrounds. J.A.R.S. has supported the school from its inception and has seen it grow from one classromm to being a school that teaches the full age range. They have a large vision of helping many people from many backgrounds. You can find out more by clicking the above link.

There is a page set up for people to give online. Please click here to sponsor her.

During one of her training runs, (a 42 mile race) Joy has damaged her accilies heels. She will not be doing the big run in September anymore. She is waiting to see how the healing process goes first.

Please think about holding an event or entering an event to raise funds for J.A.R.S. We need your support and this is just one way you can help us to help the people of Romania

Even if you can't do anything yourself please think about sponsoring one of the events or individuals mentioned. We can give individuals or firms credit for sponsorship given.